Am I a Cruiser? 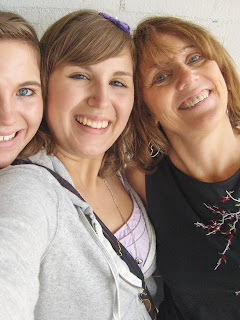 My Cruise Experience-
Am I a cruiser?

Not too long ago, I took my fifteen ad half year old daughter, and her 19 year old sister on a three Carnival Cruise. After I returned for the cruise, I asked myself over and over, am I a cruiser?

The cruise sailed from Long Beach, California to Ensenada, Mexico. We then looped back to Long Beach. We spent two days at sea one in the town of Ensenada. The days at sea were spent overeating incredible delicious food while hanging out on the main deck and watching the entertainment, dancing to some great 80's music till my daughters decided that mom was getting too crazy, playing miniature golf, and walking the deck. Nights were devoted to more eating, lots of picture taking by the many professional photographers on ship, and more music and family rated shows until 10 PM.

On our one day at port, I had high hopes of going to EL ROSARIO, "A tranquil village in a wide valley, the last town along the transpeninsular highway with a full range of lodgings, stores and services until Guerrero Negro in Baja California Sur. The village also contained mission ruins and a museum." This, I found, was tougher to accomplish then I expected. I made the mistake of when I got off the ship of getting on a bus that would take us to town. This happened mostly because I the information booth at the port, seemed to discourage the trip. My girls and I in turn picked up on the vibes that were felt and decided maybe we should come up with a plan B. The plan B, turned out to be a an excursion to the Ensenada’s Blow Hole La- Bufadora . The excursion for $15.00 each, took us to the Blow Hole, gave a free drink and chips and the opportunity to shop at the open market that was located there. The drive to the Blow Hole was filled with beautiful scenery as well as some interesting information from our guide in regards to the crops that were grown in the area.
When we got to La Bufadora, we were told that it was one of the largest blow holes in North America. At the time, I was not overly impressed. The pictures we took of it while we were there, however, were quite impressive and made me wish I had signed us up for the canoeing excursion for an up-close view of the Blow Hole. After many pictures, we went off to find the restaurant where we were to get our free drinks. I wish I could say the drinks were fabulous, but unfortunately, they were not. It was then off to a little shopping. And that was exactly what it was; a little shopping. Excursions such as this one are not for people, like me, who like to take their time in making a purchases. Once we got back to Ensenada, I rebelled. I realized, how close the ship was to the town and told my girls we were walking back after we looked around the town. The walk, for me was both enjoyable and enlightening. I found out from the locals, that it would not have been that hard or far to go the village of EL ROSARIO. In fact when I told one of the vendors of my desire for a beach that day, he said, you should have went to EL ROSARIO. Your daughters would have loved it. By then, I was having what you would call a "melt down." I wanted my ocean fix! I wanted to be IN THE OCEAN! NOT ON IT OR BESIDE IT! While I was having my melt down, my girls and I stumbled upon a very quaint restaurant where I got my sanity back before going back on the ship. That night, it dawned on me.... there was a way I could still get my beach in. Instead of going to the airport first thing in the morning and sitting all day while we waited for our flight home, I would rent a car and take the girls to the beach in California.
The next morning, I woke up with renewed energy and spirit. A quick call to Enterprise rental cars, and a short ride to get the rental car and we were on California coastline highway. This was heaven to me. We made a quick stop in Newport Beach to view the ocean. Then it was back in the car where we found the an awesome spot in Laguna Beach to swim. And I swam. I managed to drag my 15 year old in the water. My year old, just didn't want to look a mess when got on the plane. I understood. That would have been me when I was her age. After indulging in some great waves, I reluctantly got out of the water and got back in the car for our drive to the airport.
For me, any time I am near the water and its warm enough to be in it, I have to have a full day of just splashing around and catching a wave. Does this mean I have not a cruiser? No. What it does mean is that I need planned shore excursions that include a full day at the beach.
So, are you a cruiser?
Posted by Family Travel Consultants at 7:51 PM No comments: